Members of the 7th Regiment of Foot (Royal Fusiliers) prepare for battle.

Over 300 Revolutionary War reenactors from across the country mustered in Greensboro on March 12 &13 for the Battle of Guilford Courthouse, which originally occurred on March 15, 1781. The reenactment attracts hundreds of participants and thousands of onlookers to see a live recreation of the original battle and life in the combatants camps. American and British troops fire on each other with cannons and flintlock muskets as they advance toward each other on the rolling fields of Country Park in Greensboro, NC, the county seat of Guilford County. During the American Revolutionary War a 2,100-man British force under the command of Lieutenant General Charles Cornwallis defeated Major General Nathanael Greene's 4,500 Americans. The British Army, however, lost a considerable number of men during the battle with estimates as high as 27%. Such heavy British casualties resulted in a strategic victory for the Americans. 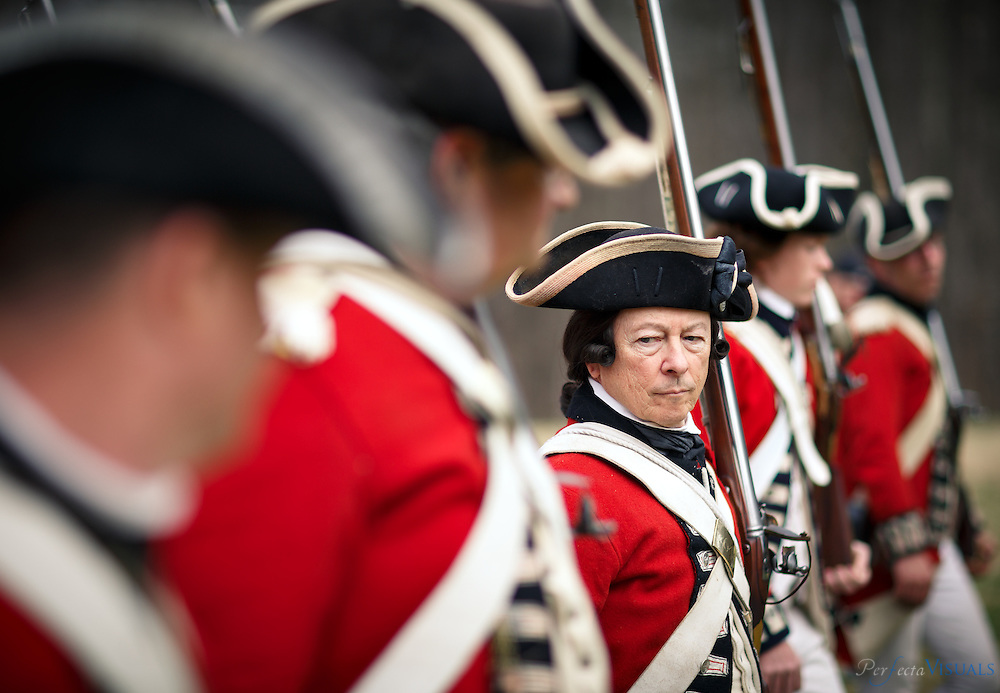