Gunner number 6 Christina Rodriguez helps light a candle for the lantern used to light the wick used to fire the canon.

Revolutionary War reenactors (LtoR) Mark Spangenberg, Lowell Curry, Stuart Steele, Steve Ware, and Don Saunders were able to fire a newly refurbished canon Saturday, September 30, 2006 at Guilford Battleground Park in Greensboro, NC. There was a two year wait for the new carriage, made of painted oak and hickory wood, to be delivered to the park. The six period costumed reenactors form a gun crew for the park's six-pound cannon, a bronze artillery piece which now sits on a new wooden carriage to replace the old one that had literally rotted apart. The replica bronze canon tube was cast in 1976. 200 years ago, an actual battle a trained gun crew could have fired the cannon 10 times in a minute. They fired it a bit more slowly Saturday, shooting the canon about every 15 minutes. During the Revolutionary War battle at Guilford Courthouse, General Nathanael Greene, commanded four such canons. The statue in the background is of General Nathanael Greene. (Jerry Wolford) 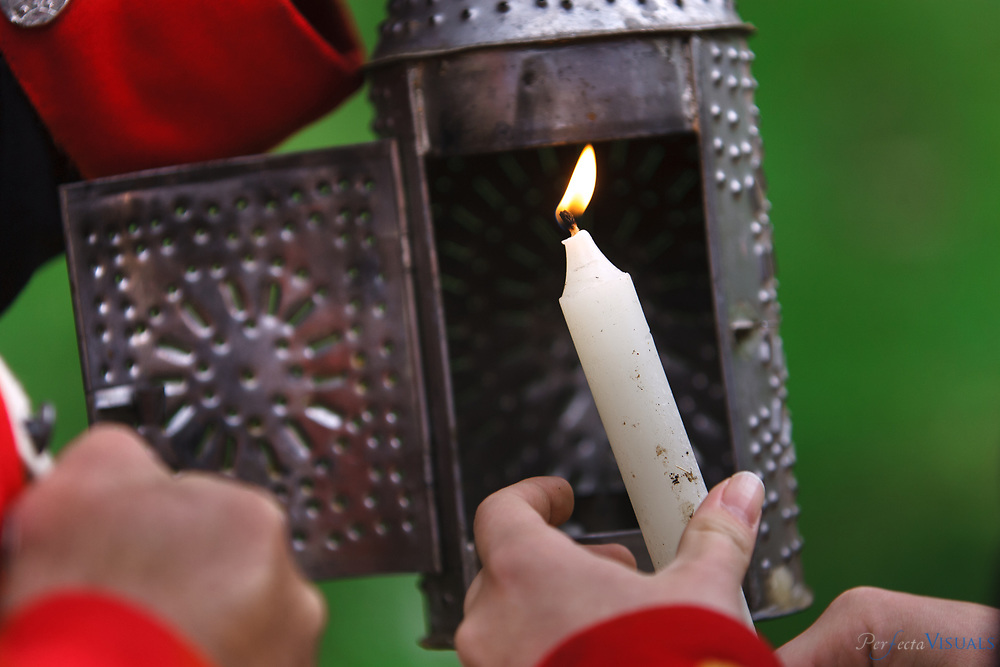