Lucas Champion,10, sitting near the window with his mother.

St. Philips is also the only historically black Moravian church in the United States. ... They did and the church was established in 1822, when the black congregation built a log church in Salem, North Carolina (now Winston-Salem) near an African American cemetery. The congregation was composed mostly of slaves.

Lovefeast buns and tea is passed out during the service. 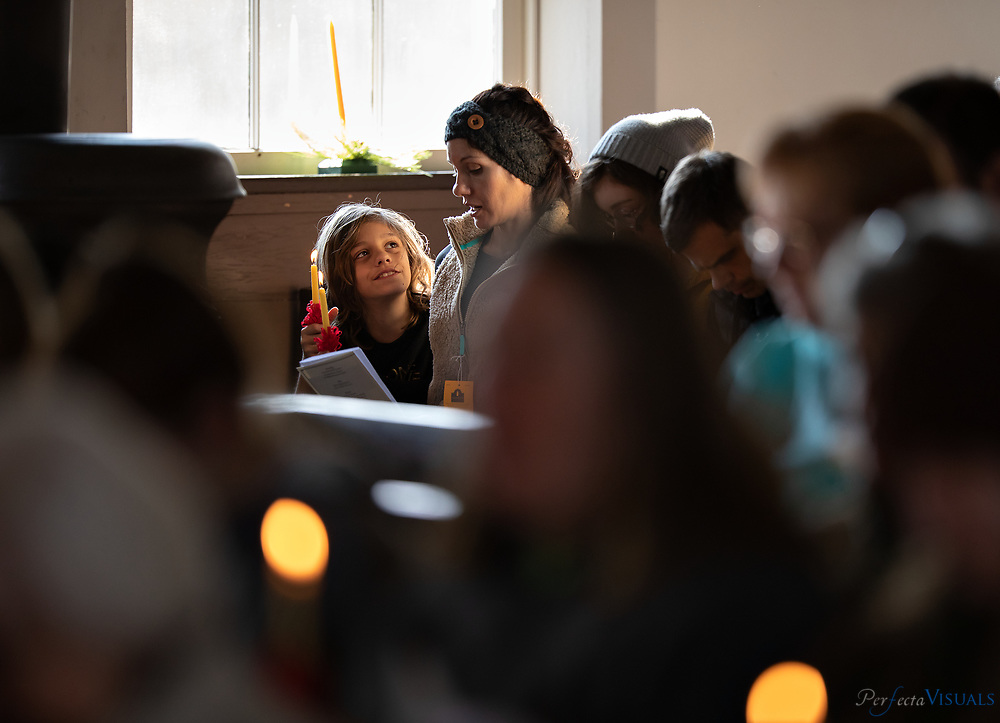